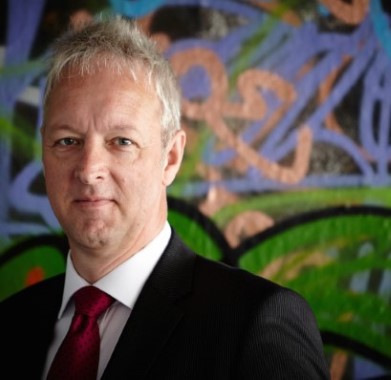 Is your firm at risk of losing staff due to UK IR35 rules?

Many firms in the city engage independent staff in addition to supplement their permanently employed workforce. Common uses of independent people are in technology roles and business analysis – to bring in specialist knowledge or to add capacity to teams. For many years individuals have set themselves up as a Limited Company and engaged with any client who wants their services. The benefits for the individual are a higher day rate, lower overall tax rate, and the perceived freedom from permanent employment. (The risk for the independent are unemployment, with no guaranteed work).

The BBC also employed some of its star presenters on the same basis which became apparent when the salaries of permanent staff had to be disclosed, and the people engaged via their personal service companies were out of scope of the disclosure. For people contracting this way the UK government has always been suspicious of this model of engagement, characterising much of it as disguised employment. The government doesn’t like the idea that a single individual can act like a business and benefit from the flexible tax treatment when in reality they are just a one person band. Over the years the UK IR35 guidelines have sought to tighten the definition of when this self-employed model is valid and especially when it is not. The most recent change is to put the burden of proof on the employer to show that a person is in or out of scope of IR35. From April 2020 new rules apply:

The customer must assess the suppliers IR35 status; The smallest 1.5 million businesses in the UK are exempt from this requirement

If the customer deems that an independent supplier is inside IR35, they must pay the supplier like an employee and deduct the same taxes as an employee

Employers will have to review and record the terms of the contracts with independent contractors and prove that they are ‘outside’ IR35 and represent a true service contract rather than ‘disguised employment’. A wrinkle that is also causing concern is that any person supplied via a consultancy must also be outside IR35, which in the long run means they must be on the consultancy payroll in one way or another. This then brings the nature of the contract between the independent contractor and the employer into question. A contract which looks to be outside IR35 and therefore legitimate would exhibit the following features:

Written as a master agreement with an accompanying Statement of Work (SOW). The SOW must describe the deliverables required from the service supplier

The contracts must be between two Limited companies, not a sole trader arrangement for the supplier

The billing model cannot be on an hourly or daily rate, but must be based on the overall SOW deliverables. Even better, with payment conditional on achieving the milestones

The supplier must have the right to substitute members of staff freely. Even better the supplier should be able to name specific substitutes with the right skills and experience to ensure the SOW gets completed without interruption

All of this is creating significant staffing risk in large employers – they don’t want to spend the time to review the contracts of their independent contractors and may take a blunt approach to abandon all such arrangements. For independent people, this means either joining a larger scale employer like a consultancy, or becoming a permanent member of staff wherever they work. Either way this removes a source of staff ‘liquidity’ and brings to an end a well-worn path for people who prefer to stay outside the conventional employment model. Is your firm affected? How are they adapting to these rules?

Are you an independent who is feeling the impact? Let us know.

This article has been written with the input of Andy Barnes at 6prog, a platform linking independent people with contract opportunities in a way which supports the above guidelines.

Bill has worked on some major industry projects such as the DTCC Trade Information Warehouse and the SwapClear to Murex migration. In addition to being a strong leader and contributor to projects in the OTC market he has contributed to three books on OTC derivatives and delivered training courses globally on Central Clearing. Bill is now Managing Director of Brandex Publishing, a full service marketing agency in the capital markets.