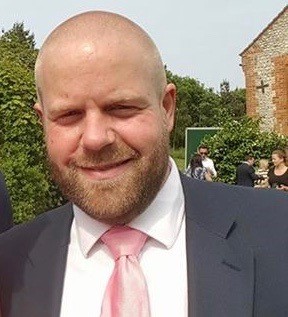 The Challenge I faced on joining the programme was to ensure that Global Custody FX process for all locations was documented and understood to enable a new global reporting solution to be delivered, which would provide evidence that the bank was fairly executing their FX orders (both within documented timeframe and without front running).

The client was an International bank that was trying to get ahead of the regulators whom had previously fined other global custodians for their lack of pricing transparency within their FX execution businesses.

The project plan was set out in order to complete the analysis / process flows primarily for the London office (where I was based) and to then use the documentation created for London as a baseline for the other global locations.

The first step that was taken was to complete a list of all areas / functions that were involved in the complete front to back process for the custodian FX business. Once this list had been verified as complete, individual workshops were set up with each of the areas in the order of the process flow. Within the workshops, the process of the area was discussed and the systems used for each step of the process was confirmed.

Secondly, a process flow was drawn up for each of the involved areas and was sent for confirmation / sign off by the involved areas. Once each area had signed off their section of the flows, these were put together in order to create the full front to back flow and was presented to all involved areas so that any potential missing or ambiguous steps could be discussed and corrected. Once all of the individual areas had agreed the full front to back flow, this was then presented to the senior management team for the final sign off.

The final London document was then distributed to the other global locations for them to advise where their processes and systems differed to the London baselined document. Once the first feedback had been received from the global locations, conference call workshops were set up in order to be able to complete and confirm the process flows for each of the custody locations. Once the process flows for each location was completed and signed off, the next phase of the programme was to enable the required reporting to be set up. The reporting required two different reports be be set up as from the process flow piece of work, as it was clear that the client operated two different pricing policies for the FX business across the regions, with the main difference being the execution windows that were used.

I was tasked with defining and setting up the report that would be required for the execution model being used by the London custody business. Working closely alongside the development team, a report was defined whereby the internal system timestamps and execution rates were compared to the mid market rate (being pulled in from a market leading data company) at the time of execution.

This enabled the client to provide evidence that trades were executed within the pricing policy guidelines and definitions and also showed the execution rate compared to the mid market rate at time of execution. Within the reports, tolerances were set up in order to flag up any trades which were outside a set percentage of market rate and any trades which were executed outside of the execution window set by the time the order was accepted.

The final piece of work was to setup and implement a new operating model to work alongside the new reports. Working alongside all of the involved business areas a new TOM was set up and implemented including set timelines for report creation and distribution, exception management, ownership and record retention.

Overall, I left the client after 12 months with a new report and operations model around it, a complete set of global location process flows for the FX custody business and a reduced risk of a regulatory fine for lack of transparency in FX execution.

At time of publication Steve is available for work.